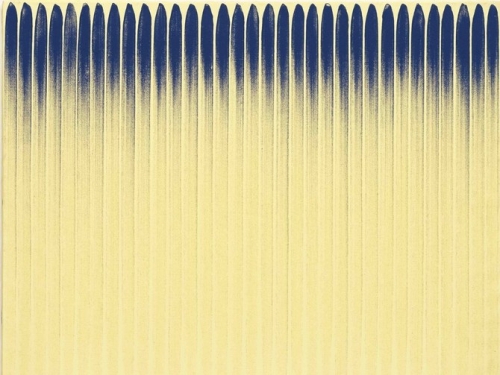 Korean abstract painting, a post-war development often lumped under the umbrella term Dansaekhwa, has exploded in popularity in the last five years.

Born in the 1970s, as a generation that had endured the Korean War came into its own intellectually, the movement was entirely off the Western radar until the last decade, when prestigious galleries like Galerie Perrotin, Kukje Gallery, and Blum and Poe had exhibitions, Christie’s had a wildly successful auction and The New Yorker shone a spotlight on the rediscovered genre.

The highly textured paint strokes canvases, often in monochrome or two tones, have captured the interest of audiences in the West and Asia alike recently, with primary market prices shooting up 200 percent from 2014 to 2016...